A professional organization for filmmakers to learn, share and network since 2008.

ZEISS Conversations with Steven Meizler
DP of The Queen’s Gambit

This virtual ZEISS Conversation event is taking place with esteemed Emmy Award-winning Director of Photography, Steven Meizler! Meizler is known for his work on TV series such as, The Girlfriend Experience, Godless, The OA, and many more titles including The White House Plumbers, an upcoming American political drama TV miniseries. We’ll chat about his experience using ZEISS Supreme Primes on all seven episodes of The Queen’s Gambit, and get feedback on his collaboration with Director Scott Frank.

Hear about how he developed his operating style based on many years working on feature films as a first AC, as well as equipment choices.

To Register:
• First 300 people to sign up will be accepted.

• Recorded session will be uploaded to @zeisslensesamericas on YouTube at a later date.

• A Zoom link will be emailed to ticket holders upon registration for the event. Please check your spam folder for Zoom Webinar reminders.

Recreations was first initiated in April, 2020 by the Oscar-nominated cinematographer of Joker, Lawrence Sher, ASC and his designer wife 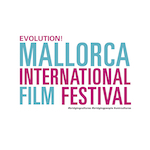 A WARM WELCOME TO OUR NEWEST COMMUNITY PARTNER

We are happy to welcome our newest partner, the Evolution Mallorca International Film

Adobe renews support for LAPPG along with the Addition of recently acquired Frame.io

We are delighted to announce that Adobe Inc. will be continuing their annual

We are excited to introduce you to Sarah Katz, editor at Frame.io, an Adobe Company.

We would like to introduce you to Ryan McNeal, an independent colorist, providing color services

This month we invite you to meet Alexis Haggar, Visual Effects Supervisor at award-winning independent